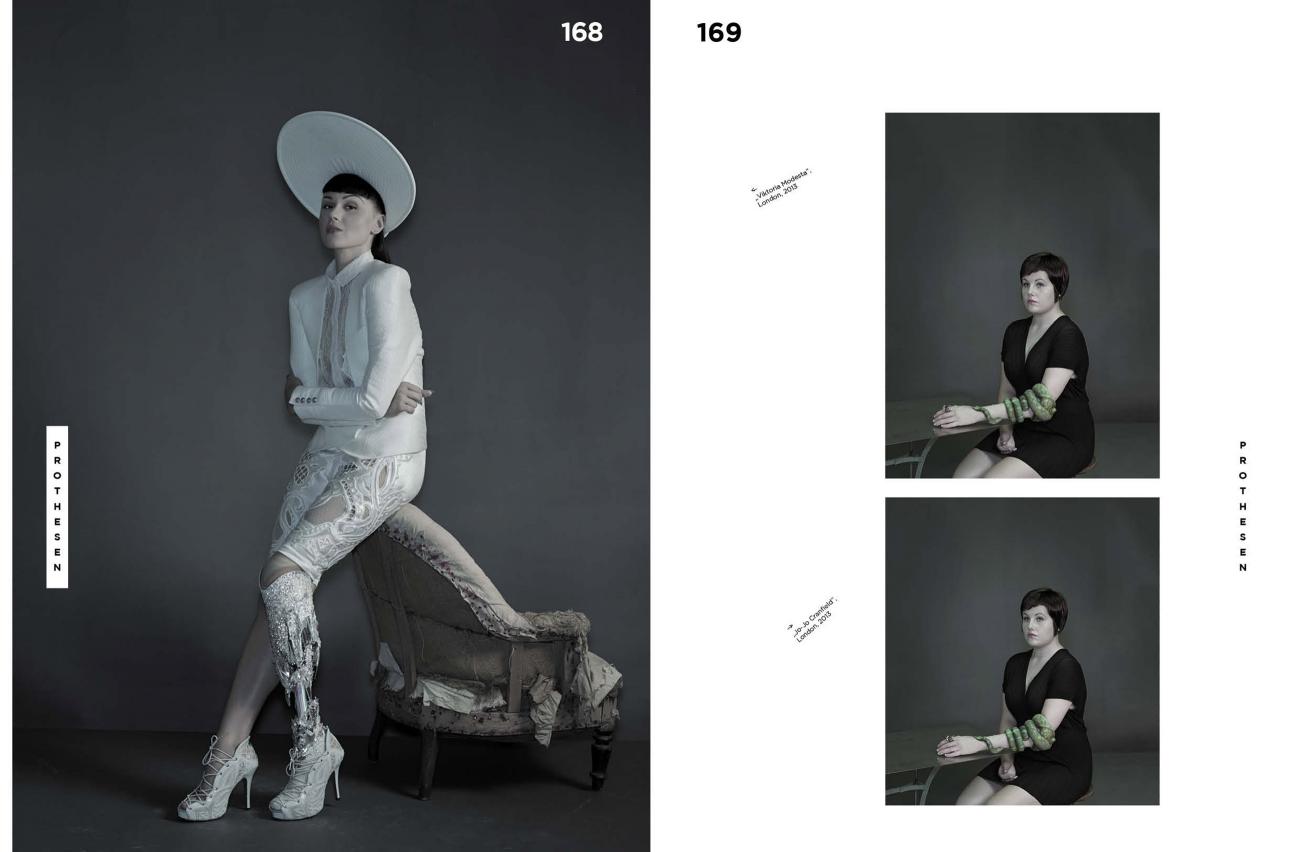 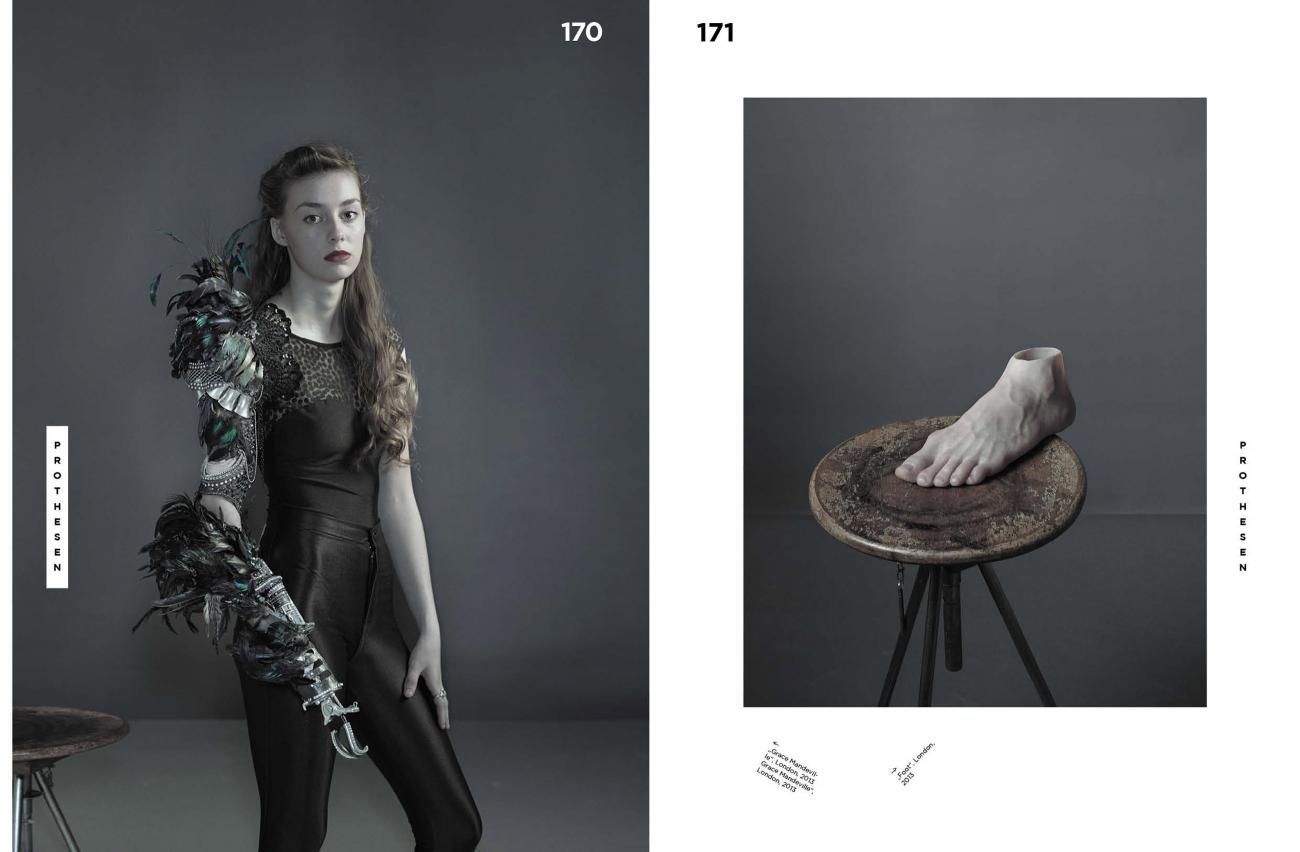 In the alternative limb project the unique ­medium of prosthetics is used to create highly stylised wearable art pieces.

Merging the latest technology with traditional crafts, the creations explore themes of body image, modification, evolution and transhumanism, whilst promoting positive conversations around disability and celebrating body diversity. These art pieces have been shown in international exhibitions such as in The National Museum of Scotland in Edinburgh, UK (2019), the Museum of Science and Industry in Chicago, USA (2019), in the Museo de la Cuidad de Cuenca in Quito, Ecuador (2018), and have circulated worldwide in the exhibition „Human+ The Future of our Species“ (Singapore, Italy, Spain and Ireland).

As in body hacking, this creative approach overcomes human limits, blurs the line between everyday prostheses and body- modification and changes the face of the prosthetic industry. The project was set up by Sophie de Oliveira Barata in 2011.

Sophie had an art background before going into special effects make-up and prosthetics for film at the University of the Arts London - she gained her limb-making skills from an early job creating prosthetics. For 8 years she worked as a sculptor at one of the UK‘s leading prosthetic providers, making rea-listic, bespoke prosthetics for amputees.

She then started experimenting with artistic prosthetics in her spare time, until she set up her own studio and launched the Alternative Limb Project. During the interview she told us about the reason why she started the project. „My motivation was lack of imagination in prosthetics, to give choice and take away the social stigma of a ‚missing limb‘ by drawing attention to what is there rather than what is missing, bringing positive and playful conversation to a social situation.

I also wanted to explore the body and human extension in a playful and creative and unpredictable way. These designs allow amputees to celebrate their individuality with personal style and taste, trans- forming their body with crystal encrusted arms, bionic futuristic legs, each piece is completely unique. With the idea of evolving your body in any way you want. Usually I start with a moodboard. The client collects imagery that they are drawn to, whether it is the mood, theme, colours, materials or something that they are connected to in another way.

We talk about the board and look for patterns and discuss the practicalities of the piece; when they will be wearing it and for how long. I generate ideas based on this information and from those initial sketches. Some clients have a clear idea of what they want, others need to explore further and so I offer more choice and a chance to mix and match elements from one idea to another.

Depending on what skills and materials are needed for each project I will pull a suitable team of people together, this could be anything from electronic or mechanical engineers to CAD-model makers and product designers to wood carvers and metal and
plastic specialists.

The wearer will be kept in the loop through out and asked to trial pieces for fit purposes and to check if they are happy with the ­progress. Tweaks are made to both - the design and function - of the piece.“ Sophie de Oliveira Barata
told us.